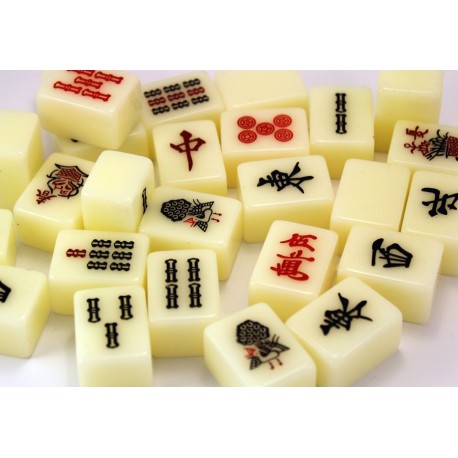 Mah Jong Japanese with chips or « shingles » white resin and wooden case. A game with a contemporary look and unmatched engraving quality.

Japanese mah-jong differs from traditional Chinese mah-jong by its own rules called « Riichi ». This variant is the most useful of the mah-jong's declines and is gaining a growing fame in the West with its wide dissemination in media such as the Internet, video games and Japanese animations.
In Japan, twenty thousand is estimated to be the number of halls where this variant of mah-jong is played and among the adherents many young people dream of becoming professional players, similar to famous players commended by professional leagues.