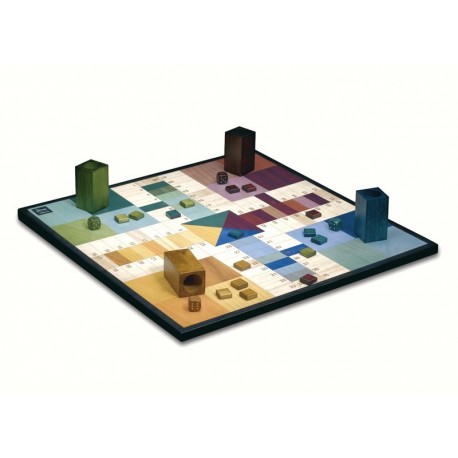 The Parcheesi it is a game originating in 16th-century India. The current starry board is just a representation of the original that was nothing more than the garden of Emperor Akbar the Great. The center of the board represents the throne on which the emperor was placed in the center of the courtyard. For their part, the tokens were the most beautiful Indian girls who moved from square to square and contested the honor of playing for the emperor. The dice that decided the fate of the participants consisted of cauríes, shells of molluscs that counted a point if they fell with the gap upwards.

The name "parchís" comes from the word Pacis, which means twenty-five in Hindu. Twenty-five were the shells released in each series.

In the modern version of the parchís each player has 4 tiles of the same color and a start zone called home. The board is composed of 68 numbered boxes, 12 of which are safe (marked with a central circle), through which you can move any tab. In addition, each player has 7 arrival boxes and one Goal (larger box in the center of the board) through which only its tiles can be moved and marked with their color. The goal of the game is to get the 4 tiles from the house to the finish square by running around the board before the opponents.